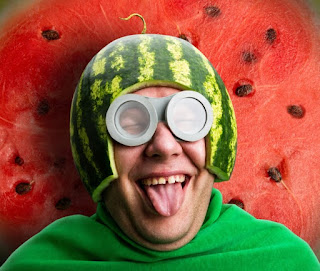 Society has a checkered relationship with people and things we consider to be peculiar. On the mammalian level—for we are still biologically animals, don’t forget—our biology instinctively notices sudden differences in our environment and acts on those findings.

Depending on your viewpoint, you may be highly suspicious of anything or anyone new, or unusual, or who doesn’t neatly fit into the narrow list of categories we often construct for ourselves. Some people are more comfortable welcoming difference than others. Pray for those who struggle.

In the wild, sometimes an unknown fruit or plant is good for you, a potential new food source, and sometimes it is poisonous. Biologically, we can’t just eat everything we find and expect to survive for long. There’s a process of establishing trust and information before we feel safe to try that new fruit. Some differences in the wild can mean life or death. I empathize with those who are afraid right now.

That biological function of seeking out and evaluating differences in our environment doesn’t ever shut off. We don’t want it to, really. It’s very useful, in moderation. What we need to be careful of is knowing the truth about when difference, when peculiarity, is truly dangerous and when it just feels that way.

The word peculiar didn’t always mean unusual, for the record. In fact, that’s a relatively new definition. Only about 300 years ago did the word peculiar start judging people for their eccentricity. Before that, for a couple hundred years, it meant to be distinguished or special.

Peculiar definition as distinguished or special connects back to its original meaning in the Latin word peculium, which means ‘my treasure’ but translates literally as “property in cattle,” glimpsing the use of the term signifying one’s wealth by the amount of livestock they possess.

“My treasure” is how God described the Israelites to Moses. When the Bible was finally being translated out of the Latin into the common languages around 500 years ago, the Middle English word peculiar was the natural choice at that time to describe a possession of great value. But in doing so, in choosing the word peculiar to describe God’s deep affection for and recognized value of his chosen people, that first early translator endowed the word peculiar with an even greater sense: that of belonging.

I think it’s time to recognize the full spectrum of a word that now includes within its use meanings of specialness, belonging, treasure, uniqueness and abundance. That is how we should see those who are peculiar in the modern sense. Because when we do, we all benefit.

Today, we have a slightly better handle on the value of peculiarity in all of its definitions. We compliment others, and take pride in ourselves, for thinking “outside the box.” It’s time we made ourselves more comfortable with offering a new sense of belonging to those whom we consider unusual. It’s time we made this world a little more peculiar.

How many of us know someone whom we might, by the ‘weirdo’ aspect of its definition, be considered peculiar? How many of us might consider ourselves the same? I absolutely know that I do. Sometimes being a weirdo makes me feel special, sometimes it makes me feel like a target. I feel pretty sure that most of us have felt both of those at one time or another.

But what if we embraced that as an act of faith, and even of prayer in action? What if you chose to welcome someone whom you thought was a bit odd or eccentric, or who you knew thought differently than you, to dinner? To church? To lunch? What harm could it do?

And what if you really listened to them? What if you were okay with the fact that you didn’t agree on everything and didn’t feel the need to make sure they changed their mind? What if you allowed yourself to be at ease with their difference? Chances are there will be at least some common ground. Look for it and celebrate it. That one little spot where you agree, that’s the space through which a handshake occurs.

What’s in it for you, you might ask? Well, let’s just think about a few people who have been considered peculiar in the “strange” way and see how our eventual acceptance of their examples transformed their eccentricity into vast progress for humanity. Charles Darwin, Madam Curie, Margaret Sanger, Rosa Parks, Albert Einstein, Galileo, Martin Luther King, Jr., Mahatma Gandhi, Nikola Tesla, Abraham Lincoln. And lest we forget a revolutionary named Jesus of Nazareth. The list of those who thought outside the box, and yes, made people very nervous, but who produced genuine change for the better as a result of their revolutionary way of thinking is enormous. And for all of them, may we give tremendous thanks.

A revolutionary is most peculiar. Because of their intrinsic calling to comfort the afflicted and afflict the comfortable, they belong to one, are feared by the other, and are therefore, peculiar to both. A revolutionary has a long neck which sticks out above the crowd yet is still one of the people. But that neck is also vulnerable in its exposure. It is often a sacrifice to speak inconvenient truths to power.

We’ve improved on this significantly, but what would our world be like if we started feeling even more comfortable with accepting new thought? What if we were to finally stop shooting the messenger? Martyrdom should be unheard of to a mature civilization. What if we hastened that paradigm by deliberately welcoming those who feel different? Doesn’t welcoming appear to be the best path forward? Wouldn’t that give us all the best chance of increasing the pool of talent we must have if we’re to survive this age? The more global our society becomes, the more safe it is.

This is why the dharma of Christianity is so persuasive for me. Not the dogma, but the dharma; the life practice which Jesus taught. The teachings are active and relational and tell us to go out into the world and heal it. Don’t wait for disease to come to your door. Reach out to the sick for yourself, and the lost, and the lonely, and lift them up. Heal them.

Move the needle forward with your own hands. If the meek shall inherit this earth, I, for one, would like to be on their good side when that happens. I’d like to make it happen faster if I can. I think we stand a chance of not only surviving, but launching ourselves toward an eventual peace on this earth. That peace will come, not in a sudden political peace accord or treaty, but from millions of small actions of welcoming and belonging of the unusual or unloved. That is what the master taught. That is the way to our salvation. And it’s your homework.

The answers to all our problems are in each other. We each hold a single piece of the puzzle. And we’ll never see the contours of the image until we work together to reveal it.

Befriend someone. Encourage all revolutionary thought. Give kids the tools to feel comfortable in their uniqueness now, and allow them to feel the support of belonging as they mature. Hopefully in time to make miraculous use of this unsettled world we’re handing down to them.

Have faith. Be patient, with yourself and others. Be welcoming and open to the unusual. “And all manner of thing shall be well.” 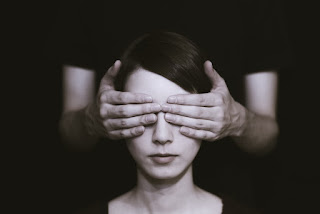 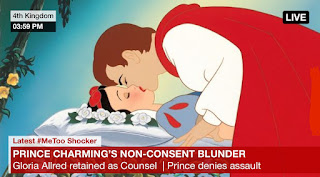