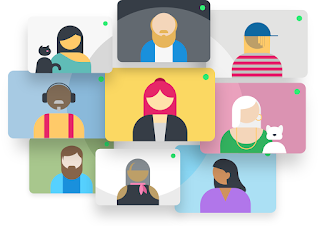 What shall come of this strange time? What is its wider purpose?  If God truly exists, what is Its point in all this for us? Personally I see no reason to exclude the notion that divinity has a loving and benevolent hand in our current experience. My own leap of faith is that there is love and benevolence in all things, even when they seem at their worst. I choose to see benevolence here.
What are some of the things that we already notice to be changed about our culture from this virus? Virtual gatherings, for one. And that has some interesting merits. I’ve noticed on Sunday mornings that there are people who have moved away or whose schedules and families have become too busy to attend church, now joining us again virtually. They’re finding fulfillment in being part of the virtual community. We will now continue the practice once able to gather again.
This is of course not limited to church life. Humanity has been moving for some time toward greater work-at-home models, remote operations and methods of virtual collaboration. Even surgeries can be performed remotely now. Is the pandemic nudging us now toward utilizing that ability to even larger degrees once it’s over? Is there benevolence here?
One of the more noticeable trends of human social evolution is enhanced collaboration with one another. As a communal species, it’s natural for us to collaborate. But the scope of our collaboration has broadened significantly over time especially with the development of technology. The modern collaborative trend really begins, however, with the invention of the telegraph in 1832, not this pandemic. That was when communication in real time across great distances actually began. That’s the moment the world began to shrink. And it shrinks to this day.
For all its wonders, mass communication has done as much to reveal our faults as gather together to share positive information. Being able to communicate with others in real time has propelled us forward as a loving species when injustice can be reported immediately. But we disdain the knowledge that comes as well. Technology has provided a glaring look in the mirror, and we often don’t like what we see. We shield our eyes until no longer able to do so. It’s human.
In most Christian traditions, the ritual of communion is celebrated. Sometimes daily, sometimes monthly or bi-monthly. But most recognize the act as a symbol of enhanced and deliberate community. It is an expressed intention to collaborate with one another in faith. The ritual is a reenactment of the final occasion Jesus would sit and break bread with his disciples. At this meal, the group were, in essence, making a pact with one another. Through the ritual born that night, the disciples were given a tool of remembrance that would foster an ongoing collaboration among future Christians everywhere.
In the Unitarian Universalist tradition, some churches celebrate a traditional communion, but nearly all celebrate a special kind of communion on the final Sunday of each church year in June: a flower communion. The words of this ritual honor the wider collaboration of all life as a model for human sharing and working together to make a better world. The most important thought of the prayer is in its final words: “...may we realize that, whatever we can do, great or small, the efforts of all of us are needed to do thy work in this world.”
Rituals like these comfort us when we’re afraid or when we forget that we are part of something bigger than ourselves. Remember that. Take part in these little rites of community. They will ease your heart.
Virtual collaboration has been forced upon us right now. What will be the outcome of that? Will it make our world better or not? In my opinion, how can it not? How could it be possible that a situation which compels us to work together in unique and broad-spread ways not ultimately do its part toward leading us in the right direction? Is benevolence at work here? What does your faith tell you?

Some religious leaders have concluded publicly that the coronavirus is a punishment from God. Some even claim to know that it is society’s increasing acceptance of the LGBTQ community which has angered God to the point of sending us a modern plague. But if that were the case. if God really did dispense punishment for humanity’s sins, I’d think It would have done so over far more far more sinful actions than whom people choose to love. If a punishment is to be dealt, it would be for our most unloving acts, not our loving ones. They are mistaken. And their mistake only alienates them, pushing them further from God’s hope of our one great human collaboration to be.
This is the opposite of the intent of religion. And they are doing it wrong. They’re cutting themselves off from the blessing of collaboration by isolating themselves in silos of fear and backward ideology. May we pray for all those who are afraid. But our global community is not waiting for them. They are being left behind. Pray for them.
In sending love to those who cannot work together we serve the purpose of enhancing our own ability to do so. Our love makes us more fully present to be there in service to our neighbor, to work together, and resolve the problems which humanity now faces. Problems that can only be solved by the act of communion with all humanity, indeed all life. Be at peace. Our great collaboration is now inevitable.
Posted by Wil Darcangelo, M.Div. at 12:00 AM 1 comment: 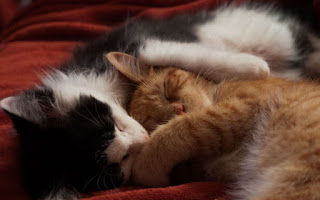 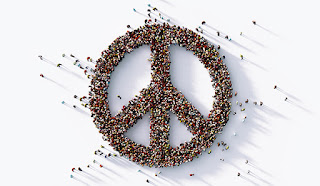