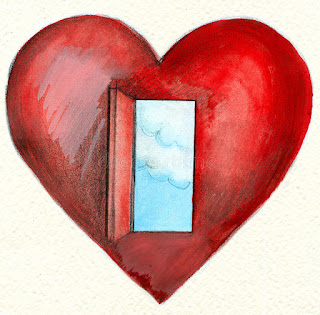 Think about your roles. How many of them do you have? How many hats are you wearing? Are you a parent, a teacher, a manager, a maker? Are you sibling, cousin, friend? These are our roles in life.

These roles come with responsibilities.  How’s that going for you?

What do your roles ask of you? Are there limits to what they may ask? Are those limits yours or theirs?

Revisit these questions later on and ask them of each of your various roles. Chances are, the answers will not only be very illuminating, they will make your life easier.

But first, let’s consider the concept of kenosis. It’s a favorite concept of mine. In Greek it means “to empty.” Religiously, it was first used in Christianity to describe Jesus “emptying” his humanity before God.

But the concept and practice of kenosis is one that offers us a little bit of an opportunity to refresh ourselves when feeling spent. Because when we empty ourselves of who we “are” (or at least who we define ourselves to be and the obligations of our roles), even for a few moments, we are literally shifting the inertia of who we’ve become.

That might seem a bit muddy. To simplify, we too easily define ourselves based on what we do, and the people for whom we do it. When people ask, “Who are you?“ we often answer with what we do. We are a parent, a teacher, a firefighter.

Understandably, there’s a language barrier in the attempt to try to define ourselves in terms equally simple as parent, teacher, firefighter. We are so complicated, the question “who are you?” has no simple answer. But for our purposes here, that doesn’t matter.

What if, for ten minutes, or an hour, or even an entire day, you were not one of your roles? That’s not to say you suddenly stop becoming a mother, and the love is still there, but what if you set aside the responsibilities of that role in your mind to luxuriate in being nothing for a minute?

What if you could take an entire day to be nothing to anyone? What is your first reaction to that thought? Be curious about it. Because it will say a lot about the parts of you which remain untended, unnoticed, or unknown. Feeling a little resistant is like a big finger pointing right at something. That’s exactly the kind of stuff you want to know the most about.

There’s a reason for this practice of a deliberate emptying of oneself for a period of time. Because in all likelihood something good is trying to get in, but can’t for all this busyness. What are you not allowing to unfold? In the way I mean it, it’s true for all of us. There is something for us in this life, a quiet intention of the soul, as yet unheard, perhaps, but no less powerful than our most dominant of thoughts. What is waiting for you to just listen to it?

We aren’t deliberately shutting these thoughts out. They just can’t get a word in edgewise. We probably wouldn’t be surprised by any of them, because we’ve likely heard them in the background. We just haven’t given them any weight. I know for a fact that I can now look back on my life and see how I was going to be a minister all along. I was doing it from the earliest of ages but it wasn’t until the moment I allowed myself to truly hear the thought “you can be any kind of minister you want” that all of it finally gelled together.

I had emptied myself during a period of intense grief, and that thought finally took up the amount of space in the forefront of my mind it had waited for. At least that’s how I conceptualize it. In doing so, I can see the throughline of how this was always who I was but hadn’t yet put the pieces together.

That moment came about because I had suddenly lost one of my most important roles and now I didn’t know who I was. I had put so much attention and effort into that role, I felt lost without it. But since it was taking up so much mental real estate and now had emptied itself from my life, the person I was meant to be suddenly showed up. What if I had closed myself off before that happened?

Of course this is a life-altering example. But it hints at the worth of a smaller daily practice of deliberately being nothing, even for just one moment at a time, to mindfully allow in that which has been waiting for airtime.

The process does not have to be dramatic or even take up very much time. You can spend as much time thinking about it in these terms as is useful, practical, or helpful. I don’t think the Universe cares just how much time you give it, considering that time is a construct of our world and not likely that of the Ultimate Reality. It may prove that you want more of it once you give it a little room, however.

But what matters now is that even for seconds at a time you stop, take a deep breath, and think of your slate as clean. Think of yourself as a holy nothingness, open to whatever experience is meant to be yours. Think nothing of what that experience might be, but just that your doors are wide open to it. Be open to all unknown loving conspiracies working behind the scenes on your behalf. Thank them for their existence.

Make a smaller deal out of this practice than the amount of space I’ve given it here. It takes longer to describe than it does to practice. Give the thought a few seconds now to germinate in you, and then move on with your day. Consider it later, perhaps. Write it on a note to yourself attached to your bathroom mirror to take a deep breath and allow all of the duties of your roles to melt away for a few minutes and sit on the sidelines of their obligation.

Be thankful for the unknown and loving idea which is patiently waiting for you to open the door.