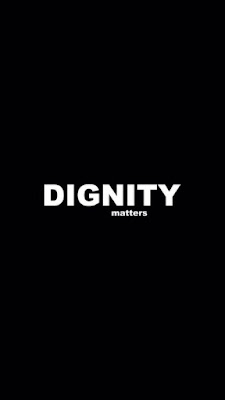 It is my personal memory that my father is the one who taught me about the importance and value of respect as a concept. I’m not really sure why I have this memory. I don’t remember any specific event or philosophy he shared with me on the subject. But somehow I feel as though the lesson came from him, so I will honor it.
What I learned is that respect is something very rarely given. Only slightly more so is no-respect. The vast majority of people fall into the category of a gray area on the subject. For most of the people we encounter in the world we simply do not have enough information about their character, the way they respond to things, the respect they give others, or the things they teach, to know if we actually can respect them.
Even the most famous public figures are largely a mystery to us. We don’t know how they treat their dog in private. We don’t know if they care about the environment. We don’t know how they express their love for their children. We just know what we are shown, which is usually very little. So how is it possible to actually place someone in the category of respect? Generally, we limit our requirement for respecting others to the things we can see. We might be wiser to say it that way. For instance, “Everything I know about her, I respect.“
I used to think that I could treat people with respect regardless of being in the gray area or even if I didn’t respect them at all. They are human beings. All life should be treated with respect.
This is fine up to a point. We usually have a harder time when it comes to providing respectful treatment to those with whom we vastly disagree, or who have caused great harm, or generally revile for some appropriate reason. But I still believed they should be treated with respect.
I have revised my thinking.
Part of the problem with wording it this way is that it’s asking us to drive a car with no gas. If we are asking ourselves to treat someone with a respect we do not possess, how is that supposed to make us feel? On some level are we feeling as though we have sold out or given in? What are we sacrificing of our principles when we treat someone with respect who has not earned it in our eyes?
Granted, it is a step. It is an evolution from the way things used to be. Treating someone with respect is a very good thing. It is just not the limit of our capacity to “make nice.” There is more.
Since it is impossible to forget ourselves in the equation of all of our human interactions, we should be non-resistant to that. Just accept it. You can’t forget yourself or how something makes you feel. Do your best to feel good by doing good.
The first principle of my faith is about the dignity of all life. The word dignity is the important point here. Because we can conclude, without all the data necessary for the defining of respect, that all life deserves dignity. People are more honest, for instance, when they feel their dignity has not been taken from them in the process of learning they were wrong. How you treat them depends on whether or not you are seeking to win or to be correct.
Dignity is about nonresistance and love. It is about forgiveness of things we know as well as the things we don’t. Dignity is the rule by which we should treat all strangers, all newcomers. Dignity is how we should be treating our neighbors. Whether or not we agree that someone should be allowed to enter our country, dignity should always be the rule we follow in our treatment of them.
Treating someone we fear with dignity is different than asking ourselves to treat them with respect. One implies equality, the other, submission.
Yet on the surface they look the same. I would hand someone a tissue who is sneezing in the same way I would for one I fully respect as one with whom I treat with dignity. Mainly because dignity should always be there. Including for those whom you truly do respect. And we don’t always do that.
Remember kindness and dignity are usually the same. We don’t have to know everything about a person in order to treat them with kindness. No matter their crimes, they stand the best chance of transforming if we love them right where they are.
Posted by Wil Darcangelo, M.Div. at 7:57 AM