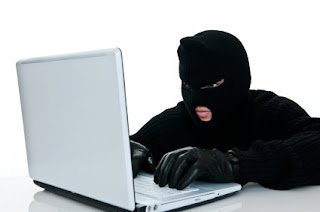 Lately, I have found myself embroiled in online discussions about politics and racism. This is not typically my way. In fact I usually go to great lengths to avoid that rabbit hole.

I suppose I should get back on the wagon and stop participating in conversations that ultimately get nowhere. But it’s so tempting.

My usual method is to comment on unloving posts for only two reasons. Either I feel that the person is in a position to be persuaded toward a more loving thought, or for the purpose of demonstrating kind responses to unkind words for the sake of others. Both sound fairly arrogant as I see them written here. But I do think it’s important to model loving behavior. So, arrogant or not, my hope is that the principle of inherent worth and dignity of all people is at the center of my actions.

One thing that struck me though, as I have been dipping my toes into such debates, is that I seem to be battling a tide of misinformation. I feel like I’m constantly counteracting misrepresentations of truth. I’m watching others do the same. It’s taking a lot of time looking at someone’s ridiculous online claim, and then commenting with factual responses and references for why their claim is untrue, only to be battled against, often with hostility or rudeness. And, of course, our ego wishes us to keep on sparring.

How much time does this steal from us? How much of this time will we never get back? Exactly none of it.

This is how lying represents a theft. Those who begin lies are stealing time from those who must later attempt to reset someone toward truth.

The sad part is, once convinced, once painted into a corner where all truth has been precast as a lie, it’s almost impossible to dislodge. It’s like escaping from a cult. A cult of lies is very alluring. Until it isn’t.

What are we to do? We often unthinkingly participate in the theft by giving our time to it. What fuels us? What gives us the energy to continue the fight? Are we served by it? Or are we sacrificing part of ourselves?

It should be that we need not sacrifice ourselves in order to bring more love into the world. Love barely needs help at all. Love is more in need of gatekeepers who are simply willing to open them and allow love to do its own work. We try too hard.

Working smarter not harder, we find that love requires nowhere near the same amount of energy as we had to exert to support our fear. Fear takes a lot of work. Love requires only letting go of the rope. It’s not a tug-of-war that needs to be won.

The point is to be mindful about how much we participate in the cycle of lies. That’s not to say we shouldn’t battle against untruth. But we should be very careful where we draw the line. We should only give it so much of our time and space. And it should be time given knowingly and purposefully.

Our time should not be taken from us, it should be given by us. Someone else’s lies have no right to steal anything from you.

Sadly, the lies which still carefully hide beneath the surface of our awareness, lies behind the scenes occurring within power structures beyond our vision, closed in boardrooms and consultants’ offices, plotting for profit, will not be stopped from stealing from us.

They will, however, suffer a slow attrition as one generation of leadership fades away and another takes its place. Another generation who has grown up in an awareness of such things and from the earliest ages intends to be in a position to change it.

Stop the steal. Waste as little time as possible on doing battle with lies. Save your energy for the ones which truly cause harm and not just battling the opinions of people online whose minds will never change.

Be a wind at the back of progress by turning your cheek from fear and toward the healing of others wherever possible. If they will not accept your love, love them from afar and wish them well. Put your attention on the generation which will supplant them. Put your love on all that which makes the old ways a dinosaur; doomed to extinction for lack of an environment that will support them.

Use your time on this earth for supporting unity and uniqueness. It’s so much more fun. And it is a gift of our time as well as a gift to it. It is the opposite of theft or sorrow.

Pray for those who cannot see truth. They are victims of the machinations of others. It is like any addiction. It’s a choice until it isn’t. Addictions always perpetuate lies as a method for their survival, not yours. Lies are the only language they speak. And they are extremely convincing.

But we are more in control of our experience than we realize. We don’t realize how much time lies steal from us. Some of it we will never realize, so far behind the green curtain it is. But even chipping away at the theft of our time we know about will improve the quality of our lives.

All we have to do is remember that love is infinitely more powerful than fear and takes far less effort to see it realized in this world. Concentrate on togetherness and unity and uniqueness. It will lighten the burden on your heart and put a little extra time back on your clock. You deserve it.