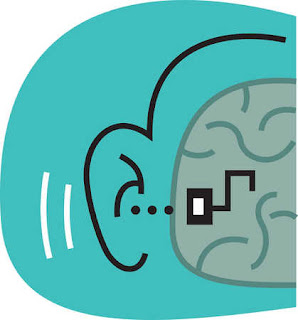 Whether you believe in it or not, whether you’d use the word ‘prayer’ or some other more secular descriptor, you are praying for what you’re saying. Your words matter. Every single sound that comes out of your mouth, ever, contributes to your reality. Your ears hear all of it. And most of the time other ears are listening to it too.

The brain is really fast on its feet. It can tell the difference between regular ambient sound and human language in a tenth of a second. The brain isn’t necessarily asking questions as far as who’s doing the talking. But it’s definitely paying very close and reflexive attention.

It’s listening for survival, really. And for opportunities to thrive. It acts like a bright yellow highlighter filtering out the background white noise, and making prominent all that truly matters. Spoken words are like lightning to the brain.

I’ve been thinking a lot lately about that old aphorism, “Sticks and stones may break my bones but words will never harm me.” That’s just plain old fake news. Words are the most insidious of all weapons. They’re like nano bombs which penetrate the skin and course through our bloodstream up into our brains where they burst into literal synapses of memories, one upon another, reinforcing the negativity—or positivity—they represent.

I try not to dwell on my experiences with bullies in the past, though I remember them profoundly. I recall the words they used. I still know the names they called me. I remember their hostility. A knife’s wound of concentrated unfairness that remains not fully healed.

It’s surprising to me just how indelibly some of the things people have said to me are imprinted upon my understanding of self. Little residual feelings and ideas that percolate through the adult veneer to reveal a child’s still-tender wounds beneath.

I remember both the good as well as the bad, thankfully. I remember simple compliments given in passing that might not have seemed much at the time to those who gave them, but which permanently changed the view of myself for the positive. Small encouraging statements that reinforced my bravery to go out in the world and see what I might discover. These are what handily countered the negative script composed by old schoolmates and the neighborhood kids. Those few positive comments buoyed me through difficult times.

There are those who’ve been abused out of hearing the good at all, however, for the bad is so much more reliable. Good-sounding words had been used against them and were not sincere. Good words can feel untrustworthy after that. These are the scars of verbal abuse. The scar tissue is thick and muffles the sounds of more loving words.

There are studies suggesting that there’s a difference between silent reading of self-help materials and the speaking of positive affirmations out loud. Silently reading positive statements while in a negative mindset, only managed to reinforce the negative mindset of the study participants. They felt worse afterward. The written words fought against the mind’s negative self-perceptions. And typically lost.

But the acts of listening and reading each use different parts of the brain. They found that spoken affirmations had a different effect than ones which had been only read. Not only did spoken affirmations improve mood, but also immune response, stress hormone production, and even brain functioning. Listening to ideas combined with sound, rather than merely cognizing the ideas from print, changed outcomes for the better.

That idea is quite old. Creation itself is said to have begun from a single sound. Some of our most ancient languages carry along this idea as well. Sanskrit, Arabic, Aramaic, and many other ancient languages have an entire sound-related aspect to them that our more modern, western languages do not. Certain tones and vowel shapes have resonance believed to include additional layers of meaning, healing, and connection with the divine.

The most popular example of this is the “mystical syllable,” the sound Ohm. A sound believed to signify the essence of the Ultimate Reality. Some traditions believe it is the very sound which launched existence into being.

What might we make of such a long and diverse tradition of belief in the implications of sound? Especially as science manages to uphold some of these beliefs rather than debunk them? Does it make it more important than ever to mind our words? Not just mind them, but be mindful of them? Should we be more proactive in our choice of words? Shouldn’t we be thinking of words as medicine, even?

What parts of the Cosmic hear your words as well? What is being accomplished through the act of making constructed sounds like words or phrases? What happens when they leave our lips? We know sound has a physical ripple effect. Are those ripples multi-dimensional as well?

All of these various thoughts congeal our minds around a central idea that we may very well have powers we don’t realize when it comes to the sounds we utter.

We’ve been taught that prayer has a value. Is this why? Is it because we hear what we’re praying for as much as Something Else might also be? Is it because our cells respond to what we tell them? Does every part of us have the ability to listen? Might our cells listen to us if we tell them to be well?

Assume yes. Make a leap of faith that what you say has relevance, impact, and can be wielded for good or not, toward yourself or others. Speak your reality into existence. There is far more listening than your ears.